Vibrational infrared and Raman spectroscopies offer chemical characterization of pollen via identifiable spectral features without any sample pretreatment. We have compared the level of chemical information that can be obtained by different multiscale vibrational spectroscopic techniques. Pollen from 15 different species of Pinales conifers were measured by seven infrared and Raman methodologies. In order to obtain infrared spectra, both reflectance and transmission measurements were performed on ground and intact pollen grains bulk measurements , in addition, infrared spectra were obtained by microspectroscopy of multigrain and single pollen grain measurements.


For Raman microspectroscopy measurements, spectra were obtained from the same pollen grains by focusing two different substructures of pollen grain. The spectral data from the seven methodologies were integrated into one data model by the Consensus Principal Component Analysis, in order to obtain the relations between the molecular signatures traced by different techniques.

The vibrational spectroscopy enabled biochemical characterization of pollen and detection of phylogenetic variation. The spectral differences were clearly connected to specific chemical constituents, such as lipids, carbohydrates, carotenoids and sporopollenins. The extensive differences between pollen of Cedrus and the rest of Pinaceae family were unambiguously connected with molecular composition of sporopollenins in pollen grain wall, while pollen of Picea has apparently higher concentration of carotenoids than the rest of the family.

It is shown that vibrational methodologies have great potential for systematic collection of data on ecosystems and that the obtained phylogenetic variation can be well explained by the biochemical composition of pollen. Out of the seven tested methodologies, the best taxonomical differentiation of pollen was obtained by infrared measurements on bulk samples, as well as by Raman microspectroscopy measurements of the corpus region of the pollen grain.

Raman microspectroscopy measurements indicate that measurement area, as well as the depth of focus, can have crucial influence on the obtained data. This is an open access article distributed under the terms of the Creative Commons Attribution License , which permits unrestricted use, distribution, and reproduction in any medium, provided the original author and source are credited.

There are no patents, products in development or marketed products to declare. This did not alter the authors' adherence to all the PLOS ONE policies on sharing data and materials, as detailed online in the guide for authors. Pollen grains are characteristic to plant families, genera or even species, thus revealing valuable information on ecology, forensics, climate change, insect migration, food sources and aeroallergens. They are extremely resilient to decay, and pollen microfossils can have well-preserved morphology for millions of years. Thus in palaeoecology, palaeobotany, biostratigraphy and biogeography, identification of pollen microfossils is important for the reconstruction of past flora, population sizes and terrestrial communities.

Moreover, microfossil data is vital for the reconstruction of past environments and for the understanding of the causes of environmental changes. The main drawback of pollen analysis is that pollen grains are still studied by measuring their morphology employing conventional microscopy. Contemporary pollen identification is predominantly performed by optical microscopy.

Thus, routine analysis is labour-intensive and uneconomical, where thousands of discrete pollen grains are examined by an experienced scientist after complex chemical pre-treatment of samples. In addition to optical microscopy, different microscopic techniques have been attempted for measurement of pollen, such as differential interference contrast microscopy, phase contrast microscopy, fluorescence microscopy, scanning electron microscopy, confocal laser scanning microscopy and other alternative methods for obtaining detailed morphology of pollen [ 1 ].

Unfortunately, these methods are time-consuming and expensive and provide only identification based on morphological analysis, while chemical characterization of samples cannot be obtained. Alternative analyses, such as biochemical and sequencing methods, are even more complex and expensive [ 2 ]. Vibrational infrared and Raman spectroscopies offer an alternative approach to pollen analysis.

Instead of morphological characterization of grains, in vibrational spectroscopy pollen analysis is based on chemical characterization via identifiable spectral features without any sample pretreatment [ 3 — 11 ]. Fourier transform infrared FTIR spectroscopy provides a direct assessment of biochemical composition of pollen which has proven to be species specific [ 7 , 8 ].

Although Raman measurements of pollen are often obstructed by the strong fluorescence background and laser-induced degradation, the studies have nevertheless shown a potential of Raman spectroscopy in ecology and aerobiology. Although several comparative studies employing vibrational spectroscopy have been performed on pollen [ 5 , 8 ], none of the studies compared the level of chemical information that can be obtained by the different spectroscopic techniques that operate on different scales and can highlight different chemical aspects of pollen.

For example, sporopollenin, the main constituent of pollen grain wall, is extremely resilient to a variety of abiotic stresses and well preserved in the fossil record, while its chemical composition depends on environment experienced during the growth of the parent plant [ 14 ]. Since phenolic 98i blocks of sporopollenins have characteristic spectral features, vibrational spectroscopy offers a novel approach for chemical analysis of pollen grain wall and improvement of palaeoecological studies [ 15 ].

In this study, pollen samples of Pinales conifer species were investigated. The measured species are growing in Northern hemisphere and they belong to the most numerous extant group of conifers. The chosen sample set, consisting of 15 different species of Pinaceae and Podocarpaceae families, offers phylogenetic assortment and representation at the family and genus level due to diversity in grain size, shape, and relative biochemical composition. 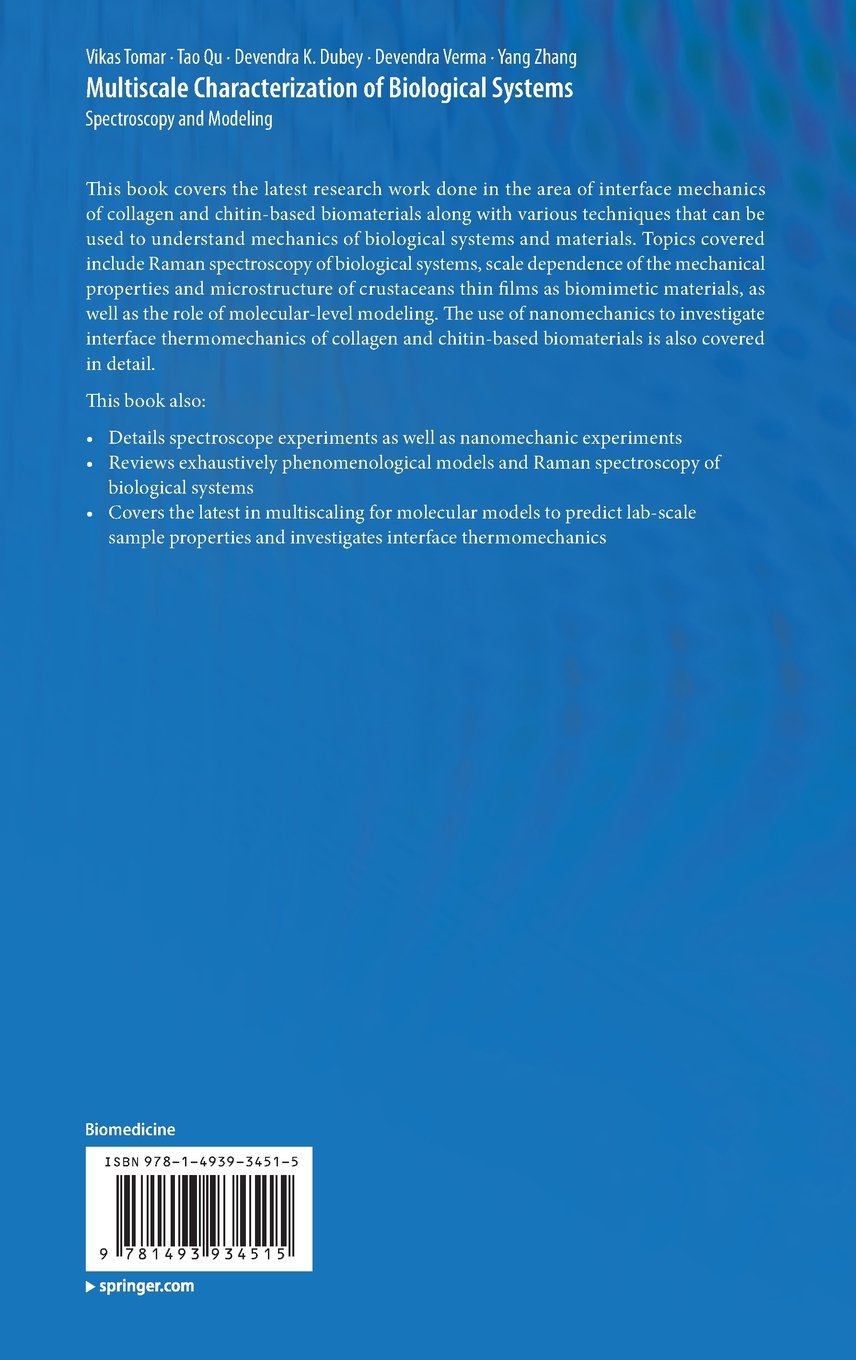 Different vibrational spectroscopic methodologies have been used in a multiscale setting to obtain spectra from the same pollen samples by bulk measurements as well as microscopic measurements at sub-grain level. Application of pollen measurements often requires measurement of an individual pollen grain, such as in monitoring of aeroallergens.

For Raman measurements, two different regions from the same pollen grains were measured, namely saccus and corpus area of bisaccate pollen samples. In total, seven different FTIR and Raman methodologies have been covered, and subsequently combined with multi-block data analysis. The different vibrational methodologies obtain complementary information on pollen substructures, such as grain wall and grain interior, as well on pollen chemical components, such as sporopollenins, proteins, lipids and carotenoids.

The study was a part of government-funded research, and has been conducted with the full cooperation of the administrations of the University of Zagreb. The field studies did not involve endangered or protected species. For chemical characterization of pollen a set of model compounds was measured by FTIR ATR and Raman spectroscopies to correlate with high positive or negative values in the principal component analyses correlation plots.

Louis, United States , and used without further purification. Seven different FTIR and Raman methodologies have been used for the measurement of the same pollen samples. For Raman microspectroscopy measurements, spectra were obtained from the same pollen grains by focusing on the different substructures: saccus 6 and corpus part 7 of pollen grain. The system is equipped with a globar mid-IR source and a liquid nitrogen-cooled mercury cadmium telluride MCT detector.

The pollen samples were deposited onto 3 mm thickness of ZnSe optical windows without any sample pretreatment. The spectra were obtained in the — cm -1 spectral range, with a spectral resolution of 4 cm -1 , and with scans. Background reference spectra were recorded immediately before starting each measurement by measuring empty areas of 3mm ZnSe slides.

Visible images of the measured pollen grains were obtained by a CCD-camera coupled to the microscope. The microscope was equipped with a computer-controlled x, y stage. The ATR IR spectra were recorded with a total of 32 scans and spectral resolution of 4 cm -1 , using the 1. Background reference spectra were recorded immediately before starting each measurement using the sample-free setup. Pollen samples were measured using two different sampling methodologies: intact samples as collected in nature, and samples ground using an agate pestle and mortar.

For ground measurement, batch of 5 mg pollen sample was grounded to a fine homogenous powder using an agate pestle and mortar, and roughly 1 mg of sample per measurement was deposited onto ATR crystal 3 replicate measurements were obtained. Data acquisition and instrument control was carried out using the OPUS 6.


KBr pellets were prepared by mixing approx. Ground powder samples were transferred to the 10 mm pellet die assembly and the KBr matrix was then cold-pressed without degassing into a transparent disk.

Three KBr pellets were prepared and recorded for each pollen sample. The excitation wavelength of The laser power was approximately 15 mW on the sample surface. Data acquisition and instrument control was carried out using the LabSpec 5. The desiccated pollen samples were attached to SEM stubs covered with double-stick tape without prior pre-treatment with chemicals. The samples were coated with gold-palladium and measured with the SEM. This spectral region contains bands that are distinctive for pollen grains [ 3 , 4 , 7 , 8 ].

Spectra were smoothed and transformed to second derivative form by the Savitzky-Golay SG algorithm using a polynomial of power 2 with different window sizes depending on the spectral data sets 15 for bulk FTIR measurements, 17 for FTIR microspectroscopy, and 25 for Raman measurements. The window sizes were chosen according to the number of channel readings and the noise level in the respective data set [ 17 ]. The SG algorithm was used to enhance spectral features, while the EMSC pre-processing was used for normalization and for separation of chemical and physical variations in vibrational spectra [ 17 , 18 ].

Principal component analysis PCA of pre-processed spectra was used to evaluate biochemical differences between different pollen taxa by displaying main variation patterns in score plots for each spectroscopic method. The multiblock method Consensus Principal Component Analysis CPCA was used to combine the seven measurement methods by integrating multivariate signals from each technique i. Following this approach, the relations between the molecular signatures traced by different techniques were obtained, as well as the variation pattern in the whole multiblock data set.

In order to integrate different data blocks for CPCA, a row-to-row correspondence between the data blocks was obtained.